The third album from Brazilian singer- songwriter Diana H.P.,Fazer e Cantar, draws on the progressive energy of music from the 1960’s to 1980’s to give us a look into a groovy, sensual and spiritual musical future. JazzBastards, her brilliant accompanying musicians and producers, are the ideal band for this retro-futuristic exploration.

Diana H.P. is the heir to the revolution that took place in the early 1970s in Belo Horizonte, the capital of Minas Gerais, a state in southeastern Brazil. It took its code name Clube da Esquina, (the Corner Club) from the title of the song and history-making album by Milton Nascimento and the creative exchange that flowed throughout the group of enlightened artists around him. The musicians and poets who made up the Clube da Esquina fused their virtuosity by drawing inspiration from the dauntless genius of jazz reformers, psychedelic rock and the Beatles’ White Album, as well as from regional and national musical traditions. It is an album that resonated among great international musicians such as Wayne Shorter, Herbie Hancock and Earth Wind & Fire and opened up a window into a future of boldness and freedom in Brazil while the country was mired in the shackles of the military dictatorship.

Diana H.P. was born into a musical household in Belo Horizonte. Her father, Yuri Popoff is a renowned bassist, composer and researcher and her mother, the flutist Lena Horta, is the sister of Toninho Horta, guitarist of Clube da Esquina and an influential musician whose recent album Belo Horizonte won a 2020 Latin Grammy Award, shared by his band Orquestra Fantasma with whom both of Diana’s parents also play.

From a very young age, it has always been a dream of Diana’s to make her own music. In Minais Gerais and then in Rio, where her parents settled down, she mastered the art of melody-making and harmonies in song, flute and piano by studying and practicing classical music and jazz, while also listening keenly to a wide range of Brazilian, African, American and European popular music.

Her horizons broadened with each encounter and travel. At age 21, she began working on her compositions with musicians from the classical world, and at 23 she performed her first concerts. In 2013, after five years of work, including one spent in London before moving to Paris, Diana Horta Popoff released her debut album Algum Lugar (Quelque part). The album was received warmly. The illustrious songwriter of MPB (Musica Popolare Brasilero), Ivan Lins, wrote the effusive introductory text and Márcio Borges, author of Clube da Esquina, provided the lyrics to the song Além do Fim. This collaboration, a throwback to her family’s creative roots, has grown tighter over time. For Amor de Verdade, Márcio Borges wrote three texts for her in 2018.

The magic kicks in! Her smooth vocals draw delicate melodies over a bossa-jazz background. The album was released in Europe, Brazil and in Japan as well.

Shortly thereafter, she discovered the missing link between her past and the musical future that has always driven her. Her husband and partner, the multi-instrumentalist (bass, guitar, organ) Mathias Allamane, had her listen to the secret music of JazzBastards, the band and production collective (Oumou Sangaré, Tony Allen, Oxmo Puccino) he belongs to. Diana saw the path before her and took it. It’s all about vintage sounds and retro-futuristic explorations, digital keyboards and 1960s to 1980s-inspired grooves, ideally suited to Diana’s finely honed melodies and harmonies and her spiritual vocals.

The other JazzBastards around Diana and Mathias give it their all: Vincent Taurelle plays keyboards and is in charge of production along with drummer Vincent Taeger. Ludovic Bruni comes by to say hello with his guitar on Balanço, which is actually about friendships. Then there’s the paternal tribute to the Russian pioneer of space exploration Gagarin by Yuri Popoff and Heitor Branquinho, Brincadeira (Un jeu) a play on the words seduction and illusion, in French Le Jour affirms that life is beautiful and we must seize it. This time the poet-philosopher Márcio Borges has contributed four texts: Fazer e Cantar (Doing and Singing) gives its title to the album and sums up Diana’s approach to life: “Doing my best singing with love and pleasure”, Sonho (Dreaming) advocates for dreaming, Delikatessen asks us to trust in the power of love and Mais um sol (Still a sun) questions the sky and opens up our awareness to the immensity around us: (We are just another sun in the dust of the spot lights). A touch of British magic is then added by the meticulous mixing of Dave McDonald, the sound engineer on Portishead’s legendary albums.

With Fazer e Cantar, Diana has found her place and she avows it. Taking the moniker Diana H.P., she is an amplified version of herself, true to the values of her past yet ready to take on the challenges of the present in order to build a healthier and happier future. Just like the Clube da Esquina artists in their time, Diana H.P. relies on her imagination to overcome the dangers of her times. Doing and Singing, because if you stop dreaming, life gets stripped down, and Diana H.P. tirelessly sings and will make you sing. 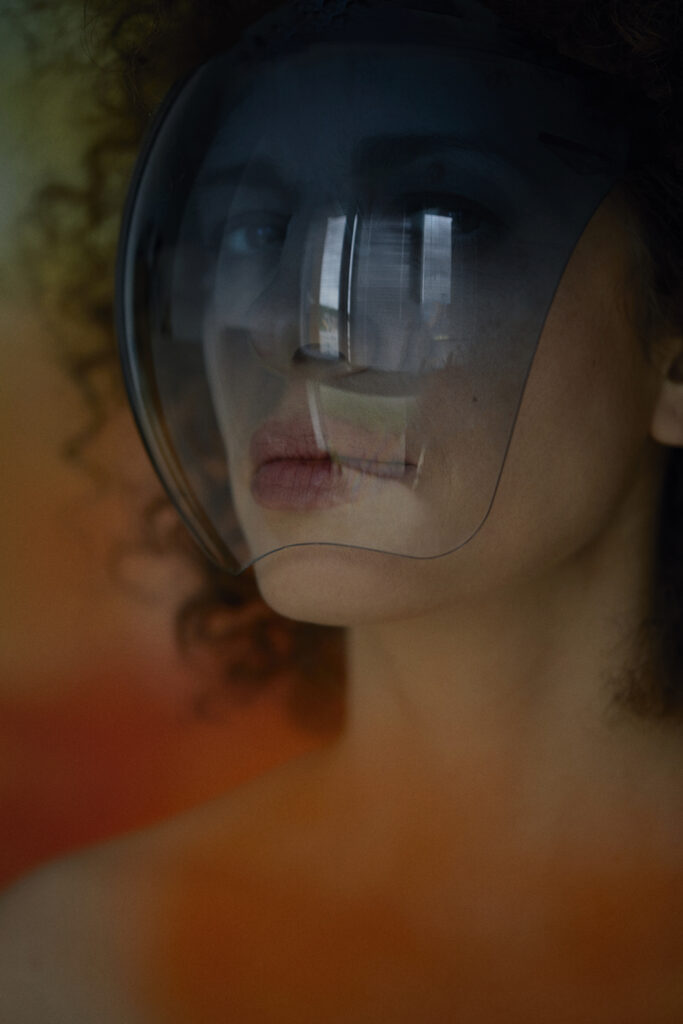 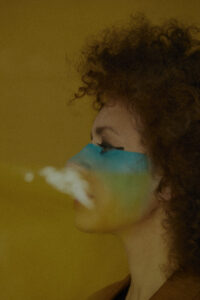 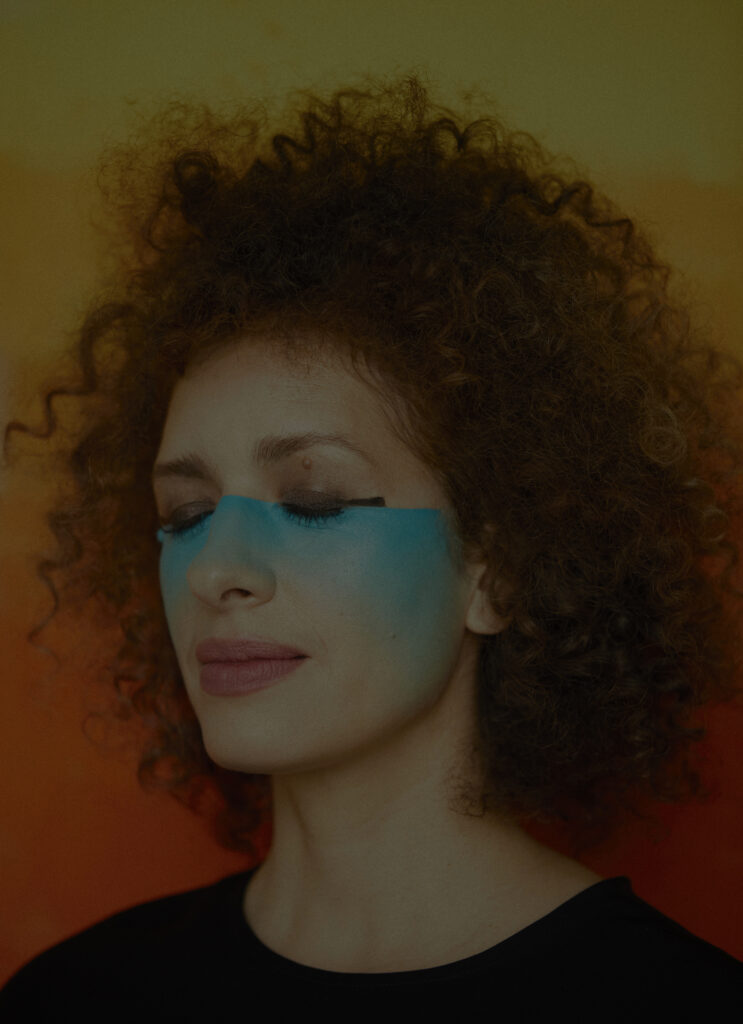 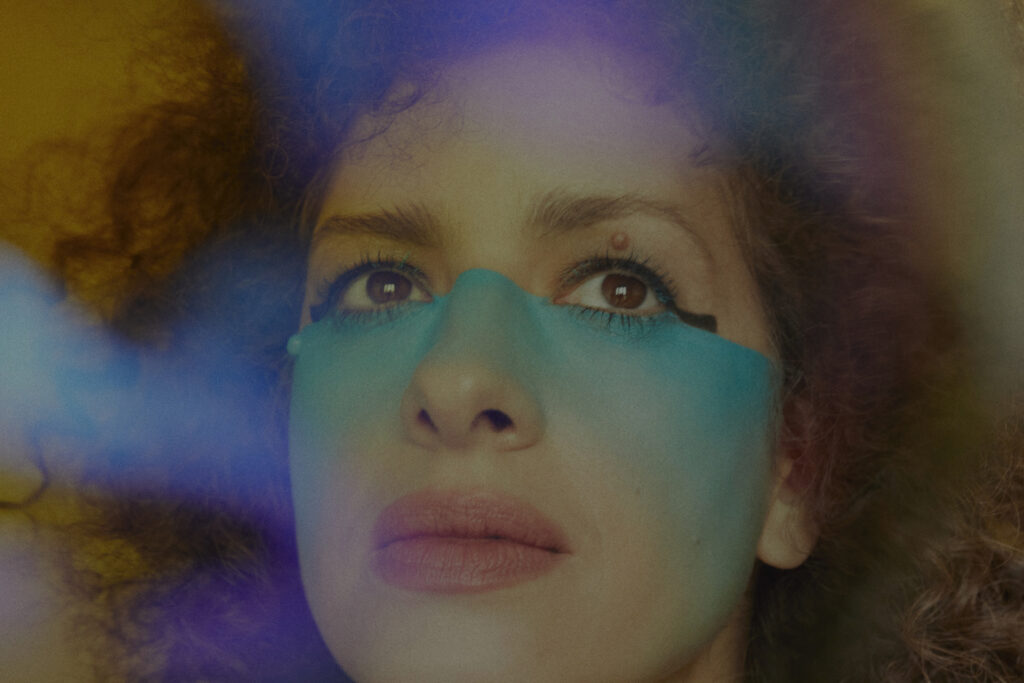